It's finally here, Lil Lovers - Kimberly Knight's Wanted Blog Tour! I am really excited for my new little blog to be a part of it. Since I am behind and just barely finished both Where I Need To Be and Wanted just in time for this blog to post,  I knew I wouldn't have time for a review, so I've got an excerpt to share with you AND a giveaway! So scroll on down. Also, I've tied in this week's Man Candy Monday by featuring the damndirtydelish (it's totally a real word) Joe Marvullo, Kimberly's cover model! Check that out here. 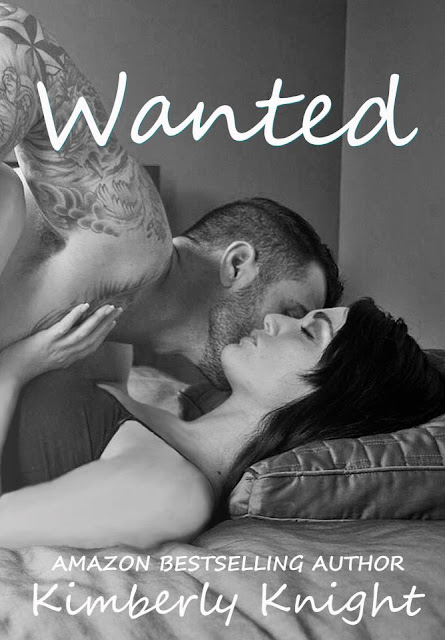 From the moment she first saw him running on the treadmill next to her, Spencer Marshall had fallen head over heels in love with Brandon Montgomery. After Spencer has a near-death experience she would rather forget, they do their best to move on with their lives, leaving their past behind them.

Thankful for a fresh start and eager to move on with her life, Spencer focuses on helping her best friend Ryan Kennedy plan her wedding. Everything seems to be going as planned when someone from Brandon's past reappears. Can Spencer and Brandon survive the coming days as they struggle to deal with ghosts from the past?

We sat at an open table and continued to mingle with my friends as we enjoyed some of the delicious appetizers that were provided. I enjoyed having Brandon at my side as he laughed, teased and joked with everyone, putting all of my friends at ease. If they weren’t already head over heels for him, I knew they would be by the end of the evening.


“I'm going to grab another beer, you ladies want anything?” Brandon asked.


We all agreed that we needed a refill of our wine. I began to stand up to go with him to help carry drinks, but Carroll beat me to it.


“I'll go with you, Brandon––you can't carry it all.”
“It’s okay, I'll go with him,” I said.
“It’s no problem, Spence –– I'm already heading that way.  You just sit here and relax and we’ll be back in a few,” Carroll assured me with a wink.
“Okay, sure, glass of Chardonnay. Thank you!”
“You got it, Babe,” Brandon said and kissed my cheek.
Just as Brandon and Carroll left, I saw one of the new fitness consultants approaching our table. Acyn was a nice guy and likeable, but he was also a total ladies’ man and had already flirted his way through most of the office.
“Hey, Spencer––ladies,” Acyn greeted in his Southern drawl as he came closer to our table.
“Hey, Acyn, how are you?” I asked as he sat down in Brandon’s seat next to me.
“I'm doing better now,” he said with a wink.
“Acyn, you look very nice tonight,” Bel said flirtatiously.
“Thanks, Bel.  Ladies, I have to say that you all look beautiful––love the dress, Spencer,” Acyn said as he leaned close to me and winked, gently bumping my shoulder with his.
“Thank you,” I said politely as I shifted away from him.
A few seconds later, Brandon and Carroll were back from the bar with our drinks.
“Oh, Acyn, I’m sorry––didn't know you were here. I would have gotten you a beer, too,” Carroll said.
“It's okay, I just got here actually,” Acyn said as he gave Brandon the once-over.
Brandon met his gaze evenly and smiled briefly. “Sorry, man, but if you don’t mind?” He nodded to where Acyn was sitting, indicating that Acyn had taken his seat.
I quickly piped up, “Acyn, this is my boyfriend, Brandon. Brandon this is Acyn. He is one of our new fitness consultants.”
Even though Brandon worked out almost everyday at the gym, Acyn was a bit bulkier than he was. Acyn had the most piercing blue eyes and his hair was chocolate brown like Brandon's. Brandon was a few inches taller than Acyn, but they both had killer smiles guaranteed to get any ladies’ panties wet.
“Nice to meet you,” Brandon said, sticking out his hand to shake Acyn's.
Acyn's eyes flitted quickly between me and Brandon. I had never told him that I had a boyfriend and he had never asked. He flirted with everyone in the office, so I never took him seriously. As I watched his reaction to Brandon, I started to realize that I may have misunderstood what I had thought to be casual flirting.
“Yeah man, you've got a great girl here. Sorry for stealing your seat,” he said as he got up and let Brandon have his chair back.
“I know I do,” Brandon said, slinging his arm over my shoulder as he sat down and kissed my cheek. “She’s the best.”
Acyn took a seat next to Sue, which was directly in front of me. While we all talked about our plans for the holidays, I caught Acyn frequently staring at me. I was sure Brandon noticed because he would casually squeeze my leg each time. I was starting to get a little uncomfortable when Brandon leaned over and whispered in my ear.
“So, Babe, I still haven't seen your office.”
“Oh, yeah. Would you like a personal guided tour?” I whispered back as I grinned and winked at him mischievously.
“Lead the way, Babe.”
“If you all would excuse us again,” I said to the crowded table.
I grabbed Brandon's hand, lacing our fingers and led him towards the elevators. As we stopped at the elevator doors, I pushed the up button and looked up at Brandon’s face.
“What's wrong?” I asked when I noticed he looked mildly annoyed.
“Nothing. Sorry––I just haven't seen anyone flirt with you before. Just struck a nerve.”
I didn't respond right away. I just looked at him and bit my lip as I smiled. I could never get enough of him, so for him to act jealous over something like that was a little disappointing. I had spent the last three and half months watching women flirt endlessly with him. I actually thought for a brief moment that maybe Acyn flirting with me was a good thing––it would show Brandon what I had been exposed to.
“Babe, you have nothing to worry about. I'm yours,” I said. As the elevator doors opened, I pulled him inside with our hands still laced together. When I turned back around to face the front of the elevator, I saw Acyn watching us. I quickly pushed the button for the fifth floor and then stepped back to Brandon's side.
“You're mine?” he asked, stepping in front of me and bringing his face inches from mine as the elevator doors closed.
“Yes,” I whispered, looking into his mocha eyes, which caused my heart to skip a beat and my stomach to clench a little in anticipation of his touch.
Brandon reached down for my hands, pushed me back against the elevator wall and held my arms above my head as he claimed my mouth.
“Mine,” he mumbled against my lips.
“Yours.” 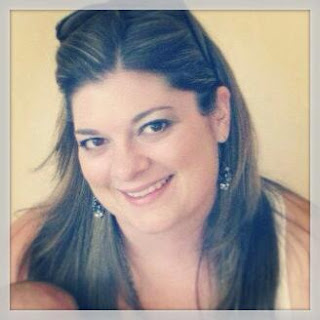 Office Manager/Paralegal by day, Author by night. Oh who am I kidding, I write at work too! What would you like to know? Send me an email.

Also check out the following:

Giveaway!
Kimberly's giving a way an e-copy of Wanted
at every tour stop!