Today's Sexy Sunday post is from Lisa Renee Jones - be on the lookout for her show on Starz based on her Inside Out Trilogy soon! In the meantime, enjoy a steamy, suspenseful little excerpt from If I Were You below. 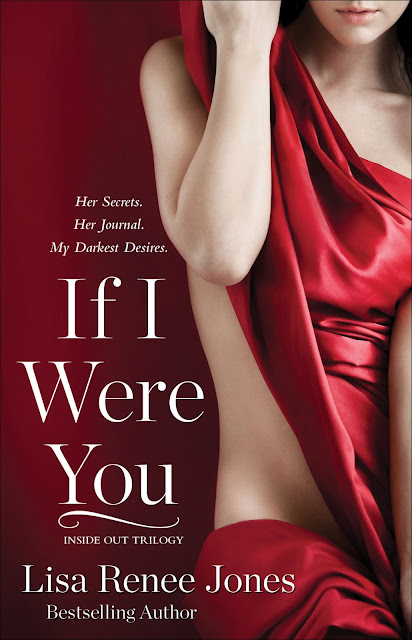 If I Were You by Lisa Renee Jones

It all began when my neighbor thrust a key to a storage unit at me. She’d bought it to make extra money after watching some storage auction show. Now she was on her way to the airport to elope with a man she barely knew, and she needed me to clear out the unit before the lease expires.

Soon, I was standing inside a small room that held the intimate details of another woman’s life, feeling uncomfortable, as if I was invading her privacy. Driven to find out by some unnamed force, I began to dig, to discover this woman’s life, and yes, read her journals—-dark, erotic journals that I had no business reading. Once I started, I couldn’t stop. I read on obsessively, living out fantasies through her words that I’d never dare experience on my own. I read onward until the last terrifying dark entry left me certain that something had happened to this woman. I had to find her and be sure she was okay.

The dark, passion it becomes…

Now, I am working at a prestigious gallery she’d worked at, where I have always dreamed of being, and I’ve been delivered to the doorstep of...him. He is rich and famous, and dark in ways I shouldn’t find intriguing, but I do. I don’t understand why his dark side appeals to me, but the attraction between us is rich with velvety promises of satisfaction. He is damaged beneath his confident good looks and need for control, and in some way, I feel he needs me. I need him.

All I know for certain is that he knows me like I don’t even know me, and he says I know him. Still, I keep asking myself — do I know him? Did he know her, the journal writer, and where is she? And why doesn’t it seem to matter anymore? There is just him and me, and the burn for more.

THE FIRST JOURNAL ENTRY THAT CAPTIVATED ME AND STARTED IT ALL

For months I’ve had dreams and nightmares about how perfectly he personifies the word. Sleep-laden, alternate realities where I can vividly smell his musky male scent, feel his hard body against mine. Taste the sweet and sensuous flavor of him-–like milk chocolate with its silky demand that I indulge in one more bite. And another. So good I’d forgotten there’s a price for overindulgence. And there is a price. There is always a price. I was reminded of this life lesson on Saturday night. And I know now, no matter what he says, no matter what he does, I cannot--will not--see him again.

He’d ordered me to undress and sit on the mattress, against the headboard, my legs spread wide for his viewing. Naked before him, open to him, I was vulnerable and quivering with need. Never in my life had I taken orders from a man; most certainly I had never thought I would quiver with anything. But I did for him.

If Saturday night proved anything, it was that once I was with him, under his spell, he could demand anything of me, and I’d comply. He could push me to the edge, to unbelievable places I’d never thought I would go. Exactly why I can’t see him again. He makes me feel possessed, and what is so disconcerting about this feeling is that I like it. I can hardly wrap my mind around allowing such a thing, though I burn for it. But when I saw him standing at the end of the bed Saturday night, all broad and thick with sinewy muscle, his cock jutting forward, there was nothing but that need.

He was magnificent. Really, truly the most gorgeous man I’ve ever known. Instant lust exploded inside me. I wanted to feel him close to me, to feel him touch me. To touch him. But I know now not to touch him without his permission. And I know not to beg him to let me.

I’ve learned my lesson from past encounters. He enjoys the vulnerability of a plea far too much. Enjoys withholding his pleasures, until I am nearly quaking with the burn of my body. Until I am liquid heat and tears. He likes that power over me. He likes full control. I should hate him. Sometimes, I think I love him.

It was the blindfold that should have warned me I was headed toward a place of no return. Thinking back, I believe it did. He tossed it on the bed, a dare, and instantly a shiver chased a path up and down my spine. The idea of not being able to see what was happening to me should have aroused me-–it did arouse me. But for reasons I didn’t understand at the time, it also frightened me. I was scared and I hesitated.

This did not please him. He told me so, in that deep, rich, baritone voice that makes me quiver uncontrollably. The need to please him had been so compelling. I put on the blindfold.

I was rewarded by the shift of the mattress. He was coming to me. Soon, I knew I would come, too. His hands slid possessively up my calves, over my thighs. And damn him, stopped just before my place of need.

What came next was a shadowy whirlwind of sensation. He pulled me onto my back, flat against the mattress. I knew satisfaction was seconds away. Soon he would enter me. Soon I would have what I needed. But to my distress, he moved away.

It was then that I was sure I’d heard the click of a lock. It jolted me to a sitting position, and I called out his name, fearful he was leaving. Certain that I’d done something wrong. Then relieved when his hand flattened on my stomach. I’d imagined the sound of the lock. I must have. But I couldn’t shake the subtle shift in the air then, the raw lust and menace consuming the room that didn’t feel like him. It was a thought easily forgotten when he settled heavy between my thighs, his strong hands lifting my arms over my head, his breath warm on my neck--his body heavy, perfect.

Somehow, a silk tie wrapped around my wrists and my arms were tied to the bed frame. It never occurred to me that he could not have done this on his own. That he was on top of me, unable to manipulate my arms. But then, he was manipulating my body, my mind, and I was his willing victim.

He lifted his body from mine, and I whimpered, unable to reach for him. Again silence. And the whisk of fabric. More strange sounds. Long seconds ticked by, and I remember the chill that snaked across my skin. The feeling of dread that had balled in my stomach.

And then, the moment I know I will die remembering. The moment when the steel of a blade touched my lips. The moment that he promised there was pleasure in pain. The moment when the blade traveled along my skin with the proof he would be true to his words. And I knew then that I had been wrong. He was not dangerous. Nor was he chocolate. He was lethal, a drug, and I feared… 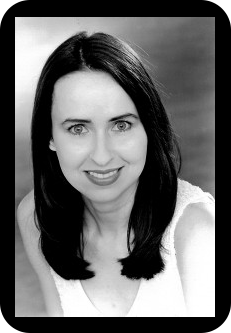 Former CEO and business owner of LRJ Staffing, an Austin based staffing agency frequently receiving accolades across the state, left behind the corporate world to write romance. LRJ Staffing had offices in Austin, Dallas, Temple, Waco, San Antonio, and Nashville.

Inspired by a real journal found in a storage unit during Lisa's eight years buying and selling units, the series embraces the dark sensuality of 50 Shades of Grey and the intrigue with storage units that is Storage Wars in one spine tingling series packed with mystery and passion.

The print version of IF I WERE YOU, book 1, is in stores now.


Where to find Lisa

Be sure to visit Lisa’s contest page
for a chance to win many prizes in
celebrating the release of If I Were You.
Posted by Unknown at 5:00 AM