Honored today to be a stop on Chelsea Falin's blog tour for her new novel, Personal Growth, the second in her Growing Roots Series. It is currently available at the retailers listed following the excerpt below. 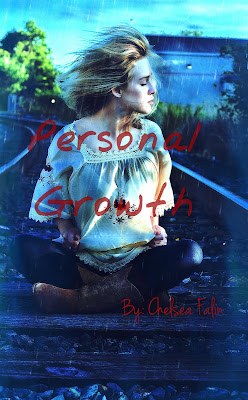 Synopsis (From Back of Cover)

Willie, despite a rough start, has become immersed in the culture she should have been born into. As she grows in her own knowledge of her ancestral roots, she also grows in who she is as a person. All things are now within her reach, and all she must do is put forth a little effort. With all of this in mind, Willie has decided to dedicate herself towards her own 'Personal Growth.'

"Our heritage might be bloody, but that's no reason not to be proud!"
-Spike

Though the creek was thin, I knew it was wide enough I could not step over it easily. I might be able to jump across it if I tried, but it would be pushing it. Chances were, it was just out of jumping reach, though a few large boulders in its midst would allow crossing. I guessed ten feet across, give or take a half foot. The answer was good enough for me, and so I moved on to depth. I stood up and walked over to the bank to peer down. Depth was the trickiest part, since the shimmering water would make the distance hard to determine. So intent was I upon figuring out the depth of the water that I did not hear the sounds of someone else coming into the area.

“What are you staring at?” The sound came from in front of me. In shock, I started, stumbled, and tripped over a large branch. I fell over, landing on my bottom, just barely nicking my head upon the rock I had previously been sitting on. My vision momentarily swam. It cleared just in time for me to see a tall stranger hop off the second boulder to land on my side of the creek. “I didn't mean to frighten you.”

I stared up at the stranger. I was frightened, and had no idea what he would be doing in this area. The creek on this side was our property, and the other side was state land. So where did he come from? I look fearfully into his eyes, but I saw only kindness and concern where I had expected to find malice.

His lips cracked a smile that split his broad face nearly in half, showing bright white teeth in a perfectly straight line. “My name's Takoda.” He looked at me expectantly, but in my shocked state I wasn't sure what he wanted. He prompted me, “And you are?” 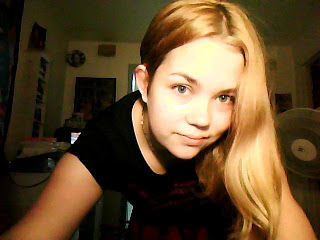 Chelsea Falin is the 22 year old independent author of over ten titles. Her books can be found at all major online retailers, as well as a few independent bookstores around the United States. Chelsea has also been a professional freelance writer for over four years. In her personal life, Chelsea is a wife, and mother of one. She was born in a small west-central town in Florida called Dade City, but currently resides in South Jersey.