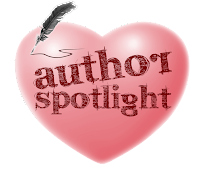 Delighted to be spotlighting author Eve Rabi and her series, My Brother, My Rival on the blog today! 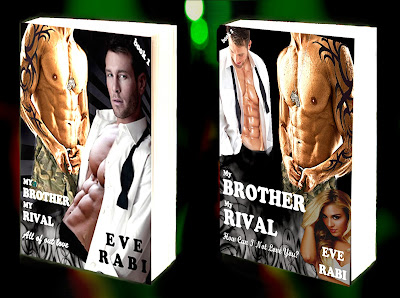 Cody Garrett, a former Navy SEAL, has never met a skirt he didn’t fancy. His six-pack, rugged looks and bad boy image ensures a steady stream of hot babes waiting to slip him their phone numbers wherever he goes.

So, he is confused when Bridie Barker refuses to go on a date with him.

It’s not like she’s a stunning beauty or something. According to him, her ears are big, she’s well-rounded and she’s not even a D-cup.

In spite of her shortcomings, the more she pushes him away, the more he finds himself thinking of her.

Twenty-year-old Bridie Barker has control issues. Every detail in her life is planned.

Her closet is color-coded and she has an array of storage containers, to ensure that everything is in its correct place.
Her whole world is black and white, and grey areas are a no-no.

When she meets the warm and grounded Scott Garrett, she thinks she has found her soul mate. Unfortunately, and to her disappointment, things don’t pan out with Scott.

While waiting tables, she has a disastrous run-in with his brother, wild boy Cody Garrett, King of Body Shots, who parties every night with a different girl.

Even though he’s good to look at and makes her laugh, she turns down his advances as he’s clearly the tag-and-release kind of guy.

Besides, she is pretty sure he owns not a single storage container, and she’s certain that his closet is not color-coded.

Problem is, Cody Garrett finds her rejection an aphrodisiac and pursues her.

“You will laugh, cry and yell with this book,
you won't be able to put it down once you start reading it!”
~Amazon.com reviewer

My urge to destroy returned with a vengeance. I turned my Hummer around.

“Where you going to, Cody?” my mother demanded, her voice frantic.

I didn’t answer, but hit the gas and gunned the Hummer toward Bridie’s old place.

“Cody, where are you going?” my dad demanded.

I stared ahead as I floored it.

Ignoring all their pleas, I drove on until I pulled up into the parking lot outside Bridie’s old place.

Just in time – I spotted her standing outside Scott’s Roadster in the parking lot.

Scott was still in the driver’s seat, talking on his phone.

I braked and without killing the engine, I hopped out of my Hummer.

Within seconds, my family was running behind me, pleading with me to leave them alone.

Bridie spotted me first. “Cody!” she mouthed, fear in her eyes.

I picked up a brick from the side of the road and walked toward Scott.

“Cody!” Bridie screamed. “What are you doing? STOP!”

I ignored her and walked over to my brother. I was going to smash his skull with the brick until his brains lay all over his Roadster.

His window was opened. Good. When he saw me above him, brick high up in the air, ready to hit him with it, he dropped his phone.

I raised the brick to smash it down his face.

When I looked into Scott’s eyes, I wavered.

He stared, I glared.

I willed myself to do it, to kill Scott.

But I couldn’t do it. He was still my brother.

Even though he stole my girl, even though he hurt me like no one in this world had ever hurt me, I couldn’t hurt him.

How I wished he was some other fucker at that moment.

Frustrated, I booted in the Roadster’s door three times. The door caved into him.

Scott tried to open his door, but the door wouldn’t budge.

He scrambled toward the passenger’s side and tried to open that door, but I dropped the brick and pushed the Roadster until it fell onto its side.

“What are you doing, CODY?” Bridie screamed.

With the Roadster on its side and Scott trying to boot out the BMW’s windshield, I spun around to look at Bridie.

With eyes as big as saucers, she walked backward. “Cody, stop, please!”

I walked faster. She turned and broke into a run, away from me.

There’s no way she could outrun me. I raced after her. She ran faster and in a bad move, toward my Hummer. I caught up with her and grabbed her hair.

“Where the FUCK are you going to, sister-in-law? Huh? We need to talk.”

“No, leave me alone!” she cried as she tried to free her hair from my fingers.

“You owe me an explanation,” I said, as I dragged her to the Hummer and shoved her into it. I got into the driver’s seat and sped off.

Behind me, Jenna, my mother, and father were running after the Hummer, screaming my name. I didn’t stop.

I flashed her a mirthless smile. “Scared? Huh?”

“Why are you doing this?” She was crying now.

“Because I thought I was in a bad dream, but guess what; it’s true, my brother and my FUCKING GIRL! Not a dream, honey, just my reality.”

“What the fuck are you CRYING FOR?” I yelled.

“Cody, I don’t understand; you cheated on me. Why are you acting like you’re so cut, huh?”

“When? When the FUCK did I cheat on you, huh? You talking about that stupid body shot? That was fucking cheating? Huh?”

“No, not the body shot, Cody. The night of the party – you cheated with Nicole!”

“What are you talking about, Bridie? You’re hallucinating. I did not cheat with Nicole.”

“Yes, you did, Cody! I walked into your room and saw you both in bed. I left straight away.”

I shook my head in disbelief. She could lie so blatantly? Fury overtook me. I locked the steering wheel of the Hummer. It slid across the road like it was on snow.

“Today, both of us are going to die,” I warned.

“I'd give it six stars if I could.”
~Amazon.com reviewer

BUY MY BROTHER, MY RIVAL NOW: Eve Rabi lives in Sydney Australia, but she hails from South Africa.

She is the author of 20 modern-day love stories and is known for her kick-ass leading ladies, her alpha males and her ability to make you laugh and make you cry while falling in love.
Eve is currently single and is looking for a man who resembles George Clooney (the young one, not the grey and white one).
He must also have the abs of Channing Tatum and the sense of humor of Johnny Depp.

If he doesn’t have all these prerequisites, he must be willing to undergo plastic surgery to look like George (at his own expense, so he must also be loaded) and endure rigorous physical training on a daily basis to acquire a six pack.

Or have ab implants, she’s not fussy.

And most importantly, since Eve hates shallow people, he must accept her for who she is.