Hooray! It's Sexy Sunday and J.L. Brooks second novel, Rotten, is here! I loved her first one, Distractions (read my one and only 5 smooch review here), and was very much looking forward to this one. Happy to be part of her blog tour and it just so happens that I have snagged an EXCLUSIVE excerpt from a deleted scene for you (thanks, J.L.!). Read on for my review and other cool stuff!

As always, thank you for your support of my blog. I love to receive your comments and if you would like to subscribe, I'd be tickled! (over here →) 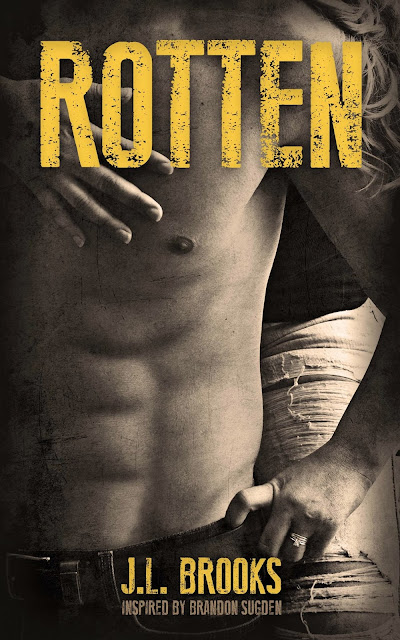 Growing up on the outskirts of Las Vegas as the daughter of notorious strip club owner, Stephen Knox, and a mother who abandoned her at birth, life was less than kind to a young Antoinette.

After a failed teenage suicide attempt, Toni hit the road in search of a life free of undeserved cruelty and any resemblance to her past.

Years later, Toni is lost in a dead end marriage and makes a painful confession that sends her back to the one place she always wanted to escape. But can she really right the wrongs that haunt her? Toni soon finds that the only place where things stay the same is in your mind.

When her path crosses with David Stark, childhood playmate turned one night stand, she cannot deny the spike in temperature she feels every time he's near or the scorching dreams that flood her at night.

Digging through the years of heartache, Toni soon finds herself torn between the man she is committed to and the one who has always held her heart. As each layer unfolds before her, she discovers the root cause of her pain. Always believing the source was external, nothing could prepare her for the truth. 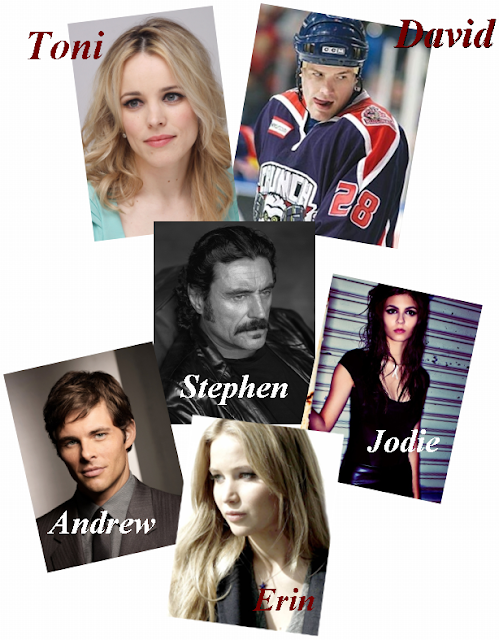 
While enjoying my impromptu pool lesson, I felt another cue slide back and forth between my legs. Shane still had both hands on me, causing me to turn in panic and yelp. I made eye contact with David just as he busted out laughing. Quickly narrowing my eyes, I waited to see if he was jealous. It was remarkable how well we could communicate without saying a word, and I could see David ready to challenge Shane, yet he looked away and headed into the office.

Shane followed him with his eyes until the door closed.

“Do you two have something going on?  ‘Cuz I’m not one to intrude.”

I smiled and reached my hand up along his cheek to feel the coarse hair tickle my fingertips. Shaking my head back and forth, I placed my hand behind his head and drew him closer into a kiss. I had never kissed a man with a beard like this before. The whiskers brushed against my mouth aggressively, a sharp contrast to his soft lips. He tasted as sweet as I knew he really was. With a gentle tongue he began to dance against mine, unhurried and unconcerned with the spectators. Shane moved his hands languidly along my spine before trailing towards my ass and lifting me up effortlessly onto the pool table.

My ankle curled around his calf and raked up and down as the kiss intensified. Lifting off his cap and setting it beside us, his pupils dilated and his cheeks flushed.

“Thank you,” he responded back softly.

I wanted to giggle again -- he was so adorable -- but his fevered lips stopped me and continued to melt any reservations I had. I knew I was acting out because I was safe. Shane would be gone in a few days, and unless he came back into the club, our paths would never cross again.

Reaching his fingers into my hair, he started to massage my scalp as his teeth grazed my bottom lip. I moaned in delight as my legs squeezed his waist tighter. Bystanders be damned if this wasn’t one of the hottest moments of my life, and I wasn’t about to stop now. If it weren’t for the sudden jerk of Shane’s lips ripping away from mine, I possibly would have gotten naked right here on the table and let him have his way. This was a strip club after all, and naked women were the standard. He would however be the only lucky bastard that got to touch me. But I wasn’t a dancer; fuck, I wasn’t even available. Even though I didn’t belong to David, I should have known it was only a matter of time before he became territorial over me.

The shouting sounded like a freight train as a sea of blue clothing, black leather, and flying fists surrounded me. The two men towered over the rest of the brawlers, and I feared for Shane knowing who David really was. Jumping off the table to try to stop them, it was only a matter of seconds before I heard the pop and the world went black.

Ah, yes. As I was hoping, J.L. Brooks has written another contemporary romance novel that doesn't feel stale or have boring characters I wouldn't want to even be friends with. Her second offering has a less complicated story line than her first, but her characters are still as complex and agonizingly effed up as her last. This may at first glance appear as a diss, but no, no, dear reader, Ms. Brooks has managed to make damaged people strong and interesting at the same time. Bullseye.

After a failed suicide attempt, Toni Knox fled her small town outside of Las Vegas, where she was bullied relentlessly in school for the fact that her father owned the local strip club. She reinvents herself in Indiana, becoming a psychologist and marrying "the right guy." When her father falls ill ten years later, she comes home to prepare for his passing and is forced into close proximity with her childhood love and "first time," former pro hockey player David Stark, who has plenty of demons of his own (well of course, cuz that's what we like in our book boyfriends, don't we girls?

). There were moments I admit in which I flat out disliked our heroine, who has a penchant for doing things for the sake of shock value (misplaced rage, anyone?), but sometimes I flat out dislike my oldest and dearest girlfriends, too, so I don't judge whether a book is good or not based on whether I am in constant bliss with a character. But I digress...

Toni also has cajones of steel. Long gone is the girl who was the brunt of jokes and bullying and in her place is a tough broad who is equally non-judgemental toward others most would consider outcasts. The kindness she shows the strippers who work for her father was endearing and when she gives her high school nemesis a job when she desperately needs one, I caught myself saying out loud, "Well, she's more woman than I'll ever be!" Toni is a woman who needed saving, cuz she's a fantastic disaster, and yet I felt that if salvation never came, she still would've been just fine. My kind o' heroine. ), but broken since his career as a hockey player imploded due to his explosive behavior (I guess even the NHL has its limits!). He's also a horn dog and we find out it's because he's only ever really had eyes for Toni (again, of course!) and he blames himself for her skipping town and never coming back. I found it interesting that Ms. Brooks turns the tables a bit - David seems to be the one acting more responsibly than Toni, seeing that she's married, while Toni seems to take great pleasure in tormenting David sexually every chance she gets. I can hardly blame her, since she hasn't been laid by her douchebag husband in four years, but still. Her past anger rears its head in all sorts of ways in this story. When they finally get together (and seriously, there were a couple times where I was like, "OH MY GOD, CLOSE THE DEAL ALREADY!!!"), it is worth it and morally everything ends up working out.

A highlight of this story for me personally was J.L.'s descriptions of Las Vegas and the outlying desert, as I used to visit the area at least once or twice a year (when I had money haha!) and I really miss it. Her descriptions are expedient yet still vivid. Her writing style is edgy but she can easily draw you back with a simple tug on your heart string. Never overtly sappy, she can tell a romantic story without making you need a visit to the dentist afterward. Her characters almost always have foot-in-mouth disease, which I find very interesting and far sexier than the formulaic dialogue of most romances (no sir, you do NOT complete me, thank you very much

). She has a gift with creating imperfect characters you love, hate and root for all at the same time. This is a book I was excited to get back to whenever real life got in the way of my reading time. So far, she's proven her work can stand toe-to-toe with anything in its genre from a brick-and-mortar publisher. These reasons are why J.L. Brooks is currently one of my favorite indie authors and I anxiously await book number three. GO BUY THIS BOOK. DO IT.

(the only reason it isn't five is simply cuz I think I her first book, Distractions, just barely wins out as my fave of the two with its intricate, heart-stopping plot line) 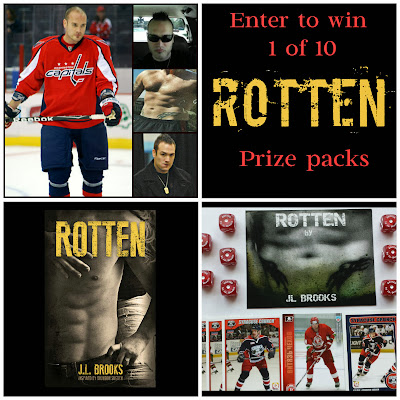 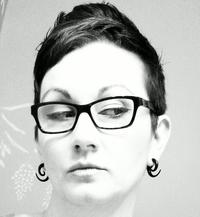 JL Brooks is a former columnist turned novelist. What started as a bet changed her entire course in life. With a passion for adventure, she believes everyone has a story to tell. Chances are she will try to convince you to tell yours.