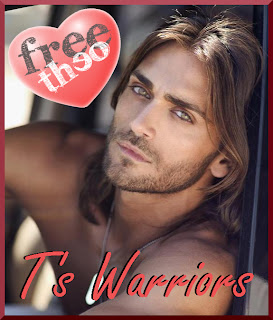 Theo Theodoridis, my muse for Jax in "Hound Dog," is a Greek supermodel and aspiring actor currently serving an 18 year prison sentence in Diavata Prison in Thessaloniki, Greece. He was caught with 4 kilos of coke at a Bulgarian airport on February 15, 2009 and arrested on drug trafficking charges.

He and his defense team claim that he was set up by a supposed friend who was also a cop (possibly as a mule -- the details as to what exactly happened in translations from Greek to English make it a little murky to me, so I don't want to speculate). As I understand it, there are quite a lot of suspicious circumstances pertaining to his arrest and conviction and apparently the police there are notoriously corrupt. Theo absolutely admits to being an addict and doesn't deny the mistake he made in smuggling the drugs, but he claims he had no intention to sell.

"Oh come on, Deliza, why on earth should the man be freed? He's a criminal, after all. Just a junkie who fucked up and the only reason you care is because he's pretty."

Yup, it sure looks like that. But before I'm dismissed as a headcase who's lost her grip on reality entirely, here is why I have a whole page on my blog dedicated to this man I've never met and most likely never will:

First of all, freakin' murderers don't get 18 year sentences. Theo, because of his fame, was made a public example and received a questionable conviction and unnecessarily harsh sentence for a crime in which no one was killed or even hurt. The only lives altered by his actions that day were those who were willing participants in the first place.  Theo is A FIRST TIME OFFENDER and was in jail for at least 16 months before he ever saw his trial. Once convicted, an appeal hearing that should have happened last June (2012) has been postponed a year due to a technicality. AN ENTIRE YEAR.

Though in the beautiful and civilized nation of Greece, Diavata Prison is an overcrowded pit of hell likened to those in the third world. Granted, prison isn't supposed to be Club Med, but Theo is one of ten men sharing a cell built for four (he says most of his cell mates are drug addicts like him, but with overcrowding like that, no doubt dangerous violent offenders are never far away). It's so bad that several years ago the inmates went on hunger strikes to protest the inhumane conditions (if you Google, it appears hunger strikes have been happening throughout Greek prisons for the last several years). Theo has received no treatment for his addiction, either medically, psychologically or emotionally. It's been reported that he no longer resembles the Adonis he once was, which indicates that food, exercise and general health options are subpar, too (at least in the U.S. a prisoner is decently fed, can stay in shape and receive medical treatment when they need it). 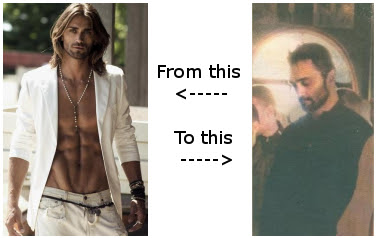 The minimum sentence for a crime of his nature is three years. So far in total, Theo has been rotting there for four with no word of when an appeal hearing may be granted. If he's been there that long with his defense team apparently making little headway, I have to wonder how long have others like Theo who don't have his financial resources been rotting there in hopelessness?

Addicts who've committed non-violent crimes don't need to be locked up with murderers, rapists, pedophiles and other psychopaths. They need treatment and rehabilitation. Otherwise, all you end up with is an individual who is still an addict whose issues are now compounded by whatever physical, mental and sexual abuse they suffered while behind bars, only to be loosed back into the world to do God knows what with their simmering rage. It's estimated that anywhere from 47-67% of convicts end up back in jail after release. This statistic is true the world over.

I cannot help but think, I am a decent person...but what if my demons got the best of me and a terrible decision I made suddenly wiped out my entire life, everyone I loved and everything I'd worked for, and thrust me right into the midst of a real life horror film from which there is no escape? I literally cannot fathom the terror, the shame, the utter, sickening despair I would feel. How on earth can a person who is generally good on the inside possibly maintain that inner goodness in such circumstances? What is to keep a person from just crumbling, allowing him/herself to be consumed by the darkness? Where would one find the will to keep living?

I believe for some it may come down to the compassion of strangers.

I recently joined a group on Facebook called Free Theo Theodoridis from Diavata Prison-Pay It Forward. The members are there solely to be a support for Theo, his family and friends. We do not condone his actions that got him imprisoned, but we do feel the punishment doesn't remotely fit the crime. It is not a fan page for swooning sorority girls; rather some of the members actually know the man personally and are actively involved in his defense, so the information received is legit and the vibe of the group is fiercely protected (check your spam and your fangirl/fanboy cray-cray at the door). Theo doesn't have internet access but he knows we are there, refers to the members as "his warriors," and the few visitors he gets will sometimes print the messages out and bring them to him to read. His snail mail address is provided for anyone who wants to send him a card or letter of encouragement, with strict instructions not to ask him to write back. Again...not a fan page for Theo the supermodel, but a supportive international circle for Theo the prisoner, with the hope that his bright inner light will not be forever doused nor his spirit irreparably broken, and that he will be able to come home and rebuild his life soon.

You're welcome to join us and become one of T's Warriors. Let him know he is not forgotten...that he matters...that he is so much more than what he's done in his past, as are we all. Gift a little of your time to encourage someone who desperately needs it. No doubt there are days when we're all he's got. We could be all that stands between him leaving prison destroyed or empowered.

"A strong mind always hopes, and has always cause to hope."
~Thomas Carlyle 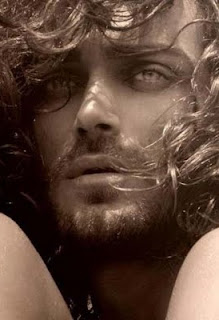 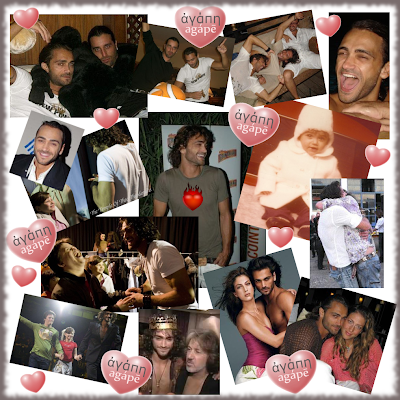