Blog Tour/Giveaway - 'How Many Chances' by Beverley Hollowed

Today I'm thrilled be part of my friend Beverley Hollowed's blog tour for her new novel, How Many Chances, Part Two of the Chances Series (the sequel to No Second Chances). I tried like mad to finish the book in time for a review, but sometimes the Universe has other plans for my schedule! The good news is that you can read my review of No Second Chances to give you an idea and this much I can already tell you even though I haven't finished: Beverley's trademark, heart-wrenching angst is veritably oooooozing out of this one! I swear to God this poor couple will NEVER find happiness!  If that's your bag as a reader, then you need to be a Bev Babe like yesterday (I just totally made that name up - you're welcome, Bev!). So check out the teasers below, enter the giveaway and then download your copy. Or both, if you haven't read the first (you will be completely lost if you haven't, fyi).

Thank you for stopping by and please be so kind as to subscribe to my blog so you know when I have new posts up and news about my own writing (over there →). ENJOY! 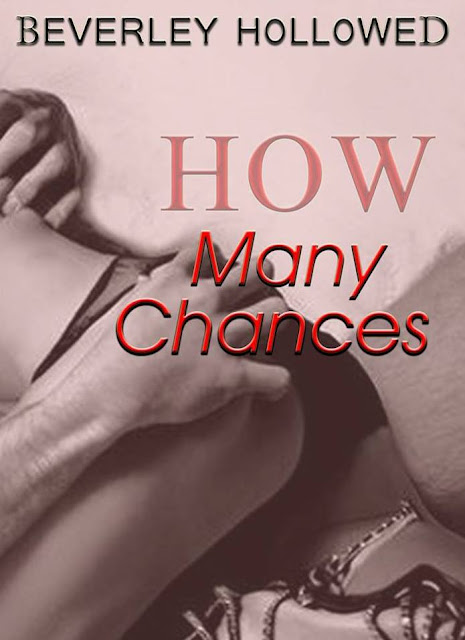 Having fallen head over heels in love with the handsome and very charming Cole Thomas, Ally Brody had her heart broken and her world torn apart.

She feels lost, but is determined to move on and start her life a fresh.

However, Cole still fills her every thought and she is finding it harder and harder to stick to her rule of no second chances.

Cole is left a broken shell. He can’t think of anything but Ally and showing her just what she truly means to him.

Can Cole prove to Ally that she is meant to be with him?

Can Ally ever learn to trust Cole again?

Can they start over and find happiness or will life keep throwing hurdles in their way…How Many Chances does true love get?

When he reached Ally’s door he stood for a moment and took a deep calming breath before he softly knocked on the door.  He listened for movement inside but there wasn’t a sound. He knocked once more but still there was no reply.

“Ally, please,” he begged pressing his head against the door. “Please open the door and talk to me. I love you.”

He listened for a sound but there was still none. Panic started to bubble up inside him. Why wasn’t she answering the door? What if Jason had come back? The sudden thought filled him with so much terror and he began banging on the door in panic.

As she sat there, immersed in the hot water, she closed her eyes and once again her thoughts were consumed by Cole. She longed to see him. She longed to have him hold her in his arms and tell her this was all just a mistake. But she knew that was never going to happen. She could barely breathe, she needed him. But she knew she had to let him go. He lied to her and he broke her heart.

As the song that was playing on her iPod ended, the sounds of Kiki Dee’s ‘Amorouse’ filled the bathroom. The words of the song hit her like a steam roller. “Should have told him, I’d do anything if I could hold him, for just another day.”

“Why is it stupid?” Cole asked looking her straight in the eyes, taking a step towards her. “You love me, don’t you?”

“And you know I love you?” He continued as he walked towards her slowly.

“Yes,” she swallowed nervously as he stopped directly in front of her. He was so close she could feel his breath wash across her face. She knew she needed to stay strong but she also knew he knew exactly how to get under her skin. He reached up and traced his fingertips down her face and her stomach contracted.

“I want you Ally,” he said breathlessly, his lips barely and inch from hers. “I want to have you with me when I go to sleep at night and I want you next to me when I wake up. I need you. Please. Tell me you want me too.”

“I know you have something on your mind, gorgeous girl,” he said finally. “And I know you will talk when you are ready. But I am begging you, please don’t shut me out. Let me help you.”

His words cut through her. He thought she was shutting him out because he had done something wrong. But truth was, she was about to destroy his world and she was afraid he would hate her for it.

“Promise me,” he continued looking down at her lying in his arms. “Tomorrow we will talk.”

“I promise,” she said in a quiet voice. And she knew she would have no choice. Tomorrow, whether she was ready or not, she was going to have to tell him everything.

“I love you,” he breathed against her mouth. Suddenly he moved above her and pinned her to the bed, his mouth claiming hers. She could feel the need in his kiss. She knew he was hurting and he was trying to deal with it the only way he knew how.

She wanted to talk but she knew he wasn’t ready. So she returned his kiss. She wanted him to know they were still okay.

“I need you,” he said hungrily against her mouth. “Please.”

“I’m yours” she whispered breathlessly back to him.

She kissed him harder, pouring every bit of hurt and pain that she had felt that day into showing him what he meant to her.

He broke his lips from hers and stared down into her face and all Ally could see was love staring back at her.

He reached down and, taking hold of the end of her dress he slowly slid it up her body and pulled it over her head. Never taking his eyes from hers, he pulled back the straps from her bra, each one falling down on to her arms. Then he reached behind her and undid the clasp of her bra, slipping it down her arms and dropping it to the floor.

BUY HOW MANY CHANCES NOW:

Buy No Second Chances
(Part 1 of the Chances Series): 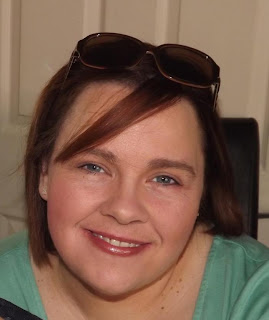 I am Beverley, though my friends call me Bev. I am 38 years old and I live in Dublin with my Husband and two sons. I love to read and I love music.

I released my first book in December 2012 called Forever and Always.

My second book, No Second Chances (the first book from The Chances Series) was released April 29th.

My third book A Stolen Heart was released July 12th.

Some random facts about me.... I am a middle child, I have a fear of mirrors, spiders and birds and I make custom jewelry.

I adore music and it is a big part of my writing.