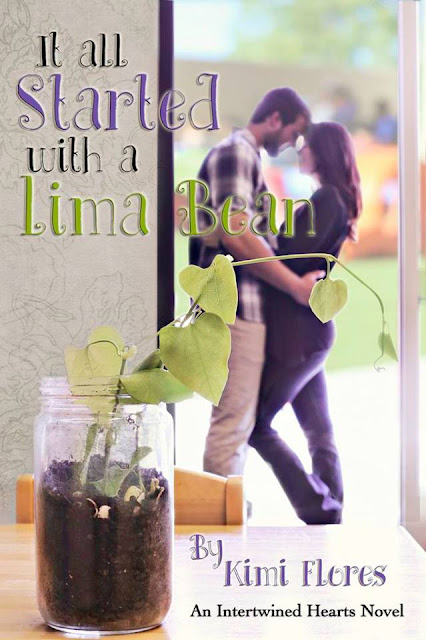 Delighted to be a part of Kimi Flores' tour for her new romance It All Started With A Lima Bean. Check out my review below and don't forget to enter the giveaway! The book is available now and purchase links are included below. Please feel free to leave comments for Kimi or myself (authors and bloggers love to know that the time we put into this matters to you!) and don't forget to subscribe to my blog so you know when other features and reviews are posted as well. (pssst, over here →

A past that haunts can be laid to rest through the act of forgiveness, even if the person you forgive is yourself. It must be gifted freely.

Abby Sullivan cherishes the life she is creating for herself in her hometown of Santa Barbara, California. She adores her best friend and supportive family. Her job as a kindergarten teacher offers her life hope and purpose. She is very talented at many things, especially hiding the pain of her past. That is until her world collides with Caleb Hunter’s, giving them both a lesson in forgiveness and love.

A life changing love is cruelly snatched by sickness and death. A person must be willing to give love, the greatest gift of all, to receive love.

A successful writer, Caleb is living life day-to-day. Giving refuge to his sad and lonely heart since his wife's sudden death from cervical cancer, his primary focus becomes honoring her memory by rearing their five-year-old daughter, Madison. Yet, when Madison Hunter walks into Miss Abby’s kindergarten class, everything changes for all three of them.

With a little nudge from a loving mother-in-law who has everyone’s best interest at heart, anything is possible, especially when forgiveness and love gift even more blessings than ever imaginable. 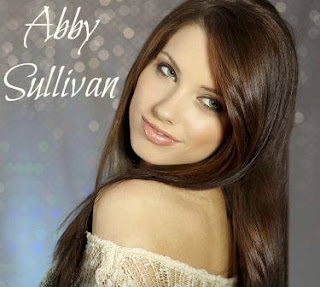 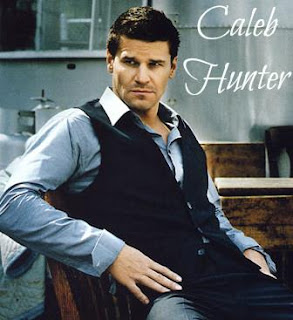 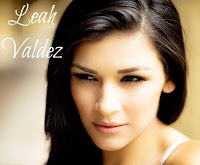 If sweet and wholesome love stories are your thing, then RUSH to download this book right now, cuz THIS is your book!

Straight up: there's no "deed" done in this story. Knowing this going in, I still got a little frustrated with that fact. BUT!!! I mean this in a good way, attributing it to the author properly conveying our characters' frustration in abstaining. Kimi understands that less is more. Unlike other romances I've read that don't contain "the act," this novel doesn't cover up the want to, and right on to that, because let's face it, folks. That's real life. Even the most determined of couples that decide to wait till they marry to be together are experiencing the misery of not doing so. Right? Right. Unless there's something terribly wrong, but we're going to assume that's not the case here, because it is, after all, a romance novel. And so I thought Kimi did a great job here of being realistic and not making her characters come off as pious and super-human in their ability to maintain their chastity. And since neither our hero nor heroine are virgins, that was quite a tight-rope to walk...and walk it successfully she did.

(That doesn't mean I don't wish they did it...cuz Caleb's friggin' hot! lol

While I will say that even the angsty parts of this story were relatively benign in my opinion (maybe I've just experienced too much over-the-top drama in my own life...hmmmm...paging Dr. Phil...

), I very much enjoyed snickering at Kimi's descriptions of the "Power Moms" whose children attend our heroine Abby's kindergarten class. As I live in Los Angeles, I've discovered that there is just no one quite like a rich, bored California mom in her expensive track suit who thinks her kids' shit don't stink, spends her time gossiping with the other Power Moms, allows her children to bully others, makes life miserable for the teachers and flirts shamelessly with the other dads regardless of either party's marital status. There's a reason why the "Rich Housewives" franchise is so successful - because the truth is what's funny. Or rather, how some people gloss over their truth is funny. Kimi nailed it.

Another highlight to me was the secondary characters peppered throughout the story. One of my favorite things when reading a romance is to try and figure out whose story may be next, or which characters' have enough revealed to let the reader know that there's already a book out there with their story that I just have to find. Abby's best friend Leah - a sassy Latina who is a good girl but maybe doesn't always dress like it, tries desperately to loosen up her best friend (who cluelessly happens to possess a porn star's physique) even a little bit so she can snag too-good-to-be-true Caleb. Then there's Caleb's womanizing douchebag of a cousin Stefen, who sees nothing wrong with being a womanizing douchebag, but his redeeming quality is how much he adores his little niece (Caleb's daughter), so you know he's "fixable" at least. I look forward to the next book in this series, which will tell Leah and Stefen's story. Oh how the sparks will fly! I'm guessing Cousin Bri can't be trailing far behind...

Oh...the engagement scene is pretty brilliant, I have to say. Creative and impossible to top for any man. I keep telling my guy friends that if they want to know what women really want, they need to read romance novels...

Overall I found this first novel by Kimi to be an enjoyable, well-written read with several chuckle-able (it's totally a word) moments throughout and plenty of sweet moments that don't cross the line into Sap City. Kimi knows how to reign it in and make her point while still being endearing and heartfelt. And NO CLIFFHANGER!!! YAY!!!

Rating: Three And A Half Smooches! (out of five)

Buy It All Started With A Lima Bean Now: 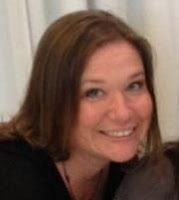 Kimi lives in So Ca with her high school sweetheart, prom date, and now husband of over 20 years as well as with her two boys that bring so much joy and laughter to her life. There is never a dull moment in Kimi’s day with these three guys by her side. Her family and she are happily involved in volunteer work with several local non-profit organizations. They believe that everyone needs to do their part and a portion of her sales will always go to charity.
At an early age, Kimi discovered the magical world of imagination. Many stories were written as well as illustrated by her as a child. Not realizing at the time that she had dyslexia, schoolwork became extremely difficult, and her confidence as a reader and writer dwindled. Thanks to a high teacher who took the time to invest in her, Kimi found a love for literary legends such as Nathaniel Hawthorne, Washington Irving and Jane Austen. This teacher helped Kimi create one of the happiest school memories she holds. Discovering in college that she had the learning disability was terribly discouraging since help was not readily available and her reading and writing confidence fell once again.
Needing to find a distraction when her husband unexpectedly ended up in the hospital for a week, Kimi explored the indie reading world. Jumping in with everything she had, Kimi pushed herself to read over 150 books last year. During that process, many characters reappeared in her imagination and insisted that their stories be told. Putting all self-doubt and barriers aside, she started writing the outlines and drafts for the four books in her Intertwined Hearts Series as well as bits and pieces of the three books in her next series, Down by the Bay.
Her message to you is similar to that of pop icon, will.i.am’s: ~You can focus on your problems or you can focus on your dreams ~