Sexy Sunday - The Cougar Diaries (Part I) by Aoife Brennan 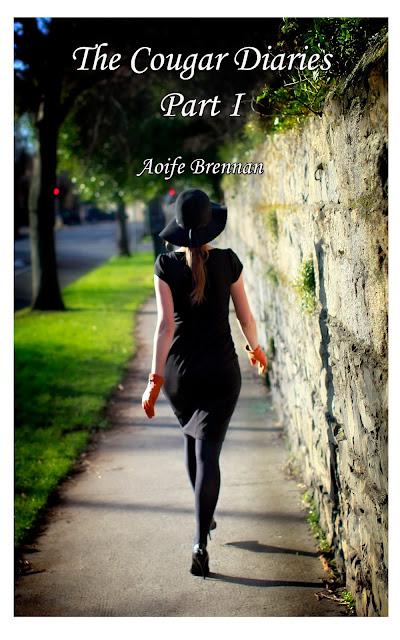 Buy The Cougar Diaries Part I: 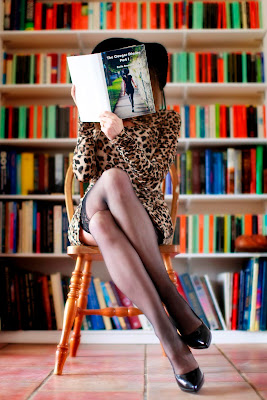 So how did a nice woman like me end up writing filth?

I see myself in the dock, facing the judge and having to answer his question. How did a nice middle class, middle aged woman like me end up writing lascivious copy? I can’t even pretend that my debut novel is a bodice ripper in the traditional sense because I used some very frank language and also the sex scenes went on for pages. I didn’t hide behind the euphemisms normally employed to soften text. I did not have my heroine have a ‘between her legs’ or ‘lady garden’ and I didn’t have my heroes have ‘throbbing manhoods’ or ‘sabres’. I called a phallus a phallus and a vagina a vagina. Actually, I used colloquialisms instead including the quite harsh words such as pussy and cock. And I had them doing some very descriptive things - did I mention these couplings went on for pages? Also, you will note I also have only one heroine but lots of heroes. I thought it was time to readdress the balance of the player. Women have needs too, don’t you know.

So, how did a nice woman like me end up writing filth? My first answer is poverty. There is nothing like an empty bank balance to make the mind go into overdrive. Love may be free but lust will pay the bills. I had two choices. I could either go out there and sell my body, but while it had one careful owner and two offspring, and was in good nick for the mileage, it still wasn’t that attractive. Nor did I fancy doing the dance with no pants with lots of strangers possibly even more decrepit than me! Call me old fashioned, but I scratched that idea off soonest. So, what was the alternative? Writing about it. I decided to follow the old adage - where there is muck there’s brass.

And secondly, I also wanted to put sex into a context. My debut novel, The Cougar Diaries, Part I, is not autobiographical but I had so much say about a woman in her forties entering the dating world again. I had read, along with the rest of the world, 50 shades and hated it. I had said, along with the rest of the world, I could write better and so I did. Of course, time will be the judge of whether my debut novel is better than 50 Shades but I think it will give the genre a good run for the money.

However, while I admire the good work in outing the fact ‘women like sex’ achieved by EL James, what I disliked was the main female character. Let me just tick off a few of my annoyances. She was young and virginal yet managed to achieve orgasm at the touch of button – and very often not her clitoral button. For a supposed intelligent woman she was just plain stooopid. When I read the opening scene where she was interviewing Mr Grey and she read out the question ‘Are you gay?’ by mistake, I went what?  How could a university educated woman not be able to read a line ahead without speaking the words out loud? Finally, she was ridiculously beautiful, bagged a billionaire and managed to get loads of really expensive presents into the bargain. This is Barbara Cartland territory only with nipple clamps and whips. Actually, Cartland did have whips, just not the nippley things.

So, I wanted to write a bonk buster but based a bit more on reality. I understand fiction is fiction, but I wanted a main character that I could identify with. And since I am a woman in her forties, newly separated, with teenage children and aged parents, I thought I would write a bit about me. Or me if I were in a bonk busting novel.

Also, I think I am not alone. There are many women in their forties re-entering the dating marketplace. And by parallel causes, men too. But since I am a woman, I decided to write from experience (and imagination). I discovered many things when I became single again. I discovered that men, marital status immaterial, hit on separated women. As a male friend said to me, once he knew a woman was separated, she took on a more sexual appearance to him, even more so than single women. He could not explain why he felt this way. I could not either, but I certainly experienced it first hand.  Then women tend not to trust you around their husbands – ridiculous it felt to me, since affairs are rife in modern Ireland, but I was certainly cut from many social outings as a result.

Then, when you separate, you lose friends. Sometimes, in an acrimonious breakup, you lose the lot! But even in amicable separations, it happens by default. I was again shocked as I felt I hadn’t changed. Of course, it is not me that had changed, but the other person’s view of who I was.  Still, I found it very upsetting to lose people who were friends. It took me a long while to figure out that stuff happens. I learnt not to question myself and not to blame them either. Sometimes, friends are for a reason and for a season.

Then there was sex - the whole thorny issue of getting naked with a stranger. As is pointed out to me in my novel, hopefully the man naked in front of you is not actually a stranger. But it still boils down to the same thing – having sex for the first time with a new person. You’d think, like riding a bike, sex should be easier or at least the same twenty odd years into adulthood. Think again. It is twice as daunting starting out again and you need to be a very brave person to take the first step.

Finally, this novel is not anti-marriage. It does not celebrate singledom.  It is a very realistic look at the life of a 40 plus woman learning to the do the dance with no pants again. Learning to live again. The best review I have got so far was from a happily married friend. Half way through the novel, she booked herself and her husband into a hotel without the children for a 24-hour shagathon. Now, that is a good review!